LocationGrand Ballroom 3
DescriptionThere are numerous domains of science that have been using high performance computing (HPC) systems for decades. Historically, when new HPC resources are introduced, specific variations may require researchers to make minor adjustments to their workflows but the general usage and expectations remain much the same. This consistency means that domain scientists can generally move from system to system as necessary and as new resources come online, they can be fairly easily adopted by these researchers. However, as novel resources, such as cloud computing systems, become available, additional work may be required in order to help researchers find and use the resource. When the goal of a system’s funding and deployment is to find non-traditional research groups that have been underserved by the national cyberinfrastructure, a different approach to system adoption and training is required. When Jetstream was funded by the NSF as the first production research cloud, it became clear that to attract non-traditional or underserved researchers, a very proactive approach would be required. Here we show how the Jetstream team 1) developed methods and practices for increasing awareness of the system to both traditional HPC users as well as underserved and non-traditional users of HPC systems, 2) developed training approaches which highlight the capabilities that a cloud system may offer that are different from traditional HPC systems. We also discuss areas of success and failure, and plans for future efforts.
Authors
Jeremy Fischer
Indiana University 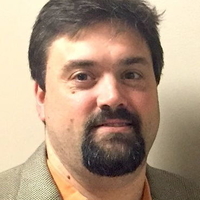